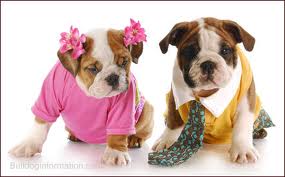 Ahhh… the old controversy – which is better? A boy or a girl dog?

Many first-time dog owners want a female dog, because they think they’re less trouble. Others like a male dog because there’s no danger of being stuck with puppies.

An individual dog can always be much different than generalizations suggest. I’ve seen many male dogs that were completely docile sweethearts, and females that were aggressive and wanted to wander. Overall, deciding to get a female or male dog is just preference.

If you plan to spay or neuter your dog, then it probably won’t make a big difference if you get a male or female dog.

Male Dog Behaviors
Non-neutered males can be more aggressive, and have a tendency to wander. They may also want to be more dominant, and sometimes challenge your authority. They also tend to lift their rear leg to pee as a way to mark their territory (you can also expect neutered males to lift their leg to pee).

Female Dog Behaviors
Dog trainers often suggest that female dogs are more maternal, and often recommend them for families with children. That said, I’ve seen some pretty mean female dogs, so this should be taken with a grain of salt.

Females that are not spayed will eventually go into heat. When in heat, females may bark and howl, demand more attention, and attract the attention of every male dog in
the neighborhood. An unspayed female dog can become pregnant, leaving you with a litter of puppies that you’ll need to find homes for! In this case getting a female dog can be a big problem!

Spaying and neutering
There are literally thousands of unwanted dogs in animal shelters. An unspayed female dog can produce two litters a year from the time she is eight months old. Each litter
can have from four to eight pups.

Whether you decide to get a male or female dog, you should definitely consider spaying or neutering.

Eight to 12 million animals enter shelters in the US alone. Of these, only about 14% of dogs are reunited with their owners. Approximately four to six million animals are
euthanized each year by US animal shelters.

Why you should spay or neuter your dog
Spaying or neutering has many advantages for the dog, its owners, and society in general.

Myths about spaying and neutering
Spaying or neutering does not make your pet fat and lazy! Most dogs are overweight because they’re fed too much, and not exercised enough. This is true if you have a boy or girl dog.

It is not better for a female dog to have one litter before being spayed. In fact, spaying before having a first litter generally results in a healthier dog!

Learn more about choosing the perfect dog in my book, Choosing a Happy, Healthy Puppy.