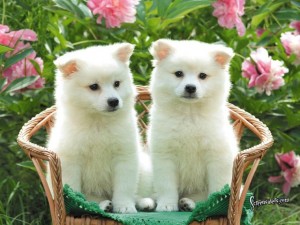 Genetic disorders, including disorders of the blood and lymphatic system, in dogs are well linked to specific breeds. If your dog is a purebred, it is relatively easy for your vet to determine if the dog is at risk of a specific genetic disorder.

In the past, owners of mixed breed dogs had had a harder time determining if their dog was at risk for an inherited genetic disorder. That’s changed now that mixed breed Dog DNA tests have come on the market. These tests can help you determine if your dog has a parent or grandparent that was a purebred. Understanding the purebred makeup of your mixed breed dog can help your vet determine if your dog is at risk of inheritied genetic disorders.

In dogs, problems with the blood and lymph systems that have an inherited component include:

von Willebrand’s Disease is seen in many different breeds and mixed breed dogs. It is common in these breeds:

Other breeds that have a higher than normal chance of von Willebrand’s Disease are: