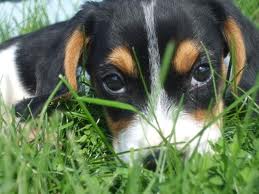 In the United States, and most other countries, there are laws that prevent cruelty to animals. Given these laws, why do puppy mills still exist? Sadly, its’ a question of lack of enforcement, and an overburdeneded system.

In the United States, Congress passed the Animal Welfare act nearly 35 years ago to, in part, ensure that animal breeders gave their animals humane treatment.

In 2006, USDA had only 96 inspectors nationwide, and these inspectors were seriously overburdened. The USDA’s inspectors are responsible for overseeing zoos, circuses, laboratories, animals transported on commercial airlines, and pet stores and puppy mills.

This means that the USDA simply does not have enough inspectors to adequately oversee puppy mills and enforce the Animal Welfare Act. Individual states do have their own anticruelty laws, but these are seldom enforced.

The USDA considers a person who sells dogs from his or her own premises, directly to the public, as a retail pet store that is exempt from the Animal Welfare Act.

This means that dogs are not protected by the Animal Welfare Act if an unscrupulous breeder sells directly to the public! This exemption is just one more excellent reason to be especially careful when choosing a breeder.

One thought on “Why do Puppy Mills Still Exist?”